🔥 Need a saree curated specially for you? — Feel Free to get in touch with us! 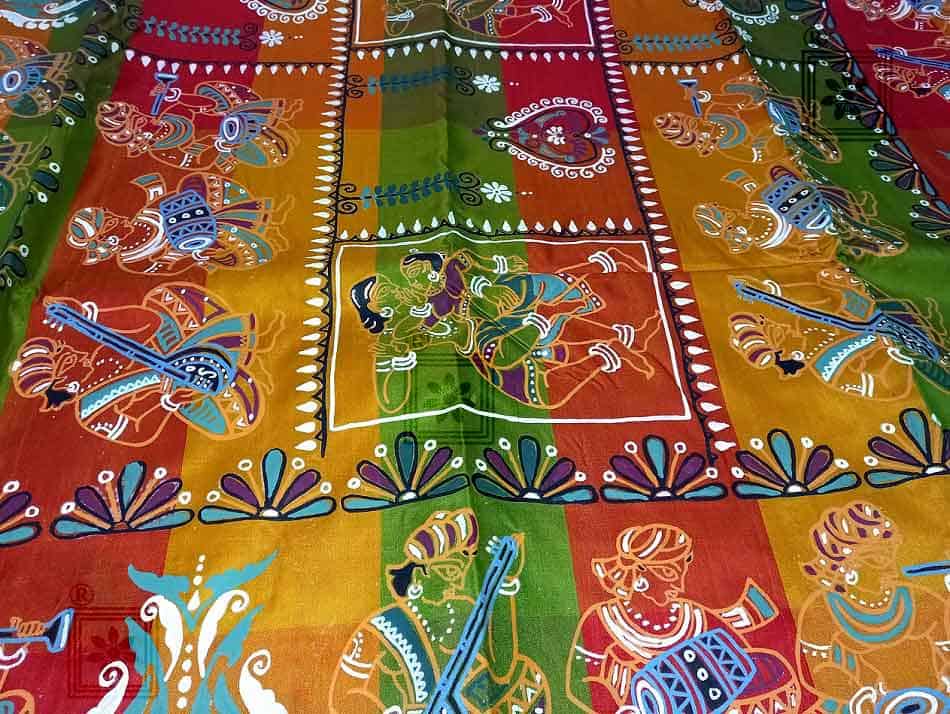 What is Jamini Roy Painting or Pattachitra Sarees?

Though the name Jamini Roy and Bengal Orissa pattachitra painting on saree are two different name but have same meaning. The reason is simple, the rising of pattachitra folk painting  is started in the beginning of 20th  century. It got popularity in mid 20th. Renowned artist of Bankura District ( Specifically of Beliatore) thought a new style of painting beside the grain of regular painting.

Jamini Roy shows his interest in painting. He started painting after the age of 20 and later at his age of 45. He found that regular pictures are dull and not so interesting. The artist had a great love for Indian tradition. And as a link he found Indian traditional painting specially Bengal Kalighat painting which is quite attractive to him.

In the beginning these were painted on papers later these on woods, mats and on cloths also. There are more than two gharanas of Pattachitra painting. But this particular painting pattern got famous as Jamini Roy painting.

The attraction of this painting is its figures, brightness and contrast of color. In Jamini Roy painting ( one of the pattachitra gharana), figures drawn of objects like human body, fish, animals and all other creatures are different and unique from their normal figure. Figures are perfectly outlined.

Also one more thing you may notice i.e. “EYE”s are quite bigger than actual proportionate size of body. The painting is fully hand painting and the colors used are natural. Unlike orissa gharana pattachitra saree, Jamini Roy Pattachitra painting theme mainly based on tribal life, rural rituals, Hindu Gods, chalchitra of rural village at that time.

This pattern of 20th century painting is not only the uniqueness and pride of Bengal but also the pride of India. If anybody think about perfect art or exclusiveness then this should the one choice in this category. We are proud enough to say that we have the ability to serve you these pieces of art.

Apart from this Jamini Roy pattern, there are another famous “Pattachitra” or “Patachitra” gharanas which belong from eastern India, mainly Odisha and West Bengal. Also if you want to narrate the word “Pattachitra”, you will find “Patta” sanskrit meaning cloth and “Chitra” meaning picture i.e. painting on cloths like Jamini Roy painting.

Indian tradional folk arts, inticate details & mythological folk tales are main theme of Pattachitra. It is not only the anciant art of Odisha and West Bengal but also famous around the Globe due to its cultural value.

On the occasion of party or traditional social gathering you can be the head turner for sure and get bunch of compliments to carry forward and promote Indian folk art.

Posted in:
Handlooms and Handicrafts
Leave a Reply

Free Cash on Delivery all Over India